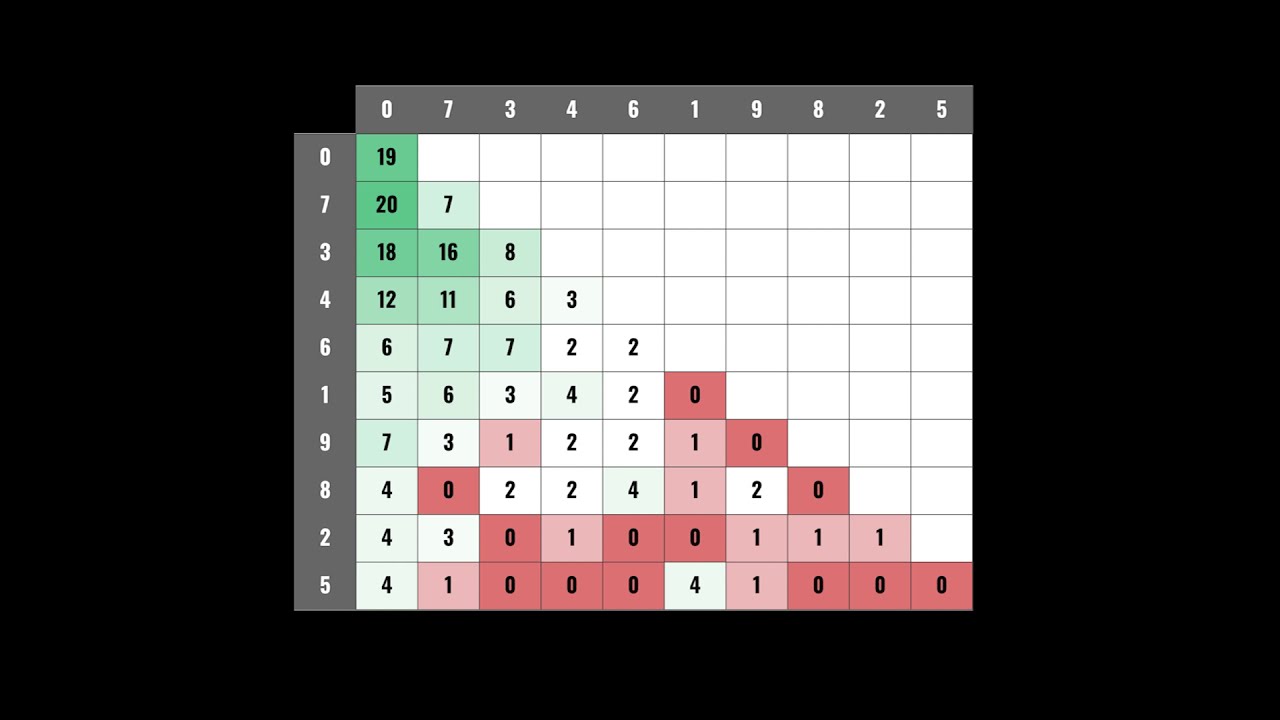 Best Numbers To Have On A Football Squares Contest

Wondering about your football square numbers heading into the big game? In this post, we?re going to look at the best and worst numbers you can get in a squares pool contest. We?ve all been there before, the Super Bowl just days away and the guy running your contest has posted those random numbers.

Using data from all Super Bowls in NFL history, we've ranked the best four numbers that you could possibly have based on how often these numbers have appeared at the end of each quarter.

The fourth best combination to have is a three and a seven. Seven and three happened to be two of the most prevalent numbers in football. One team gets a touchdown, the other team gets a field goal, and you're in business.

The third best pair of numbers is a three and a zero. You can imagine all of the combinations of touchdowns and field goals that could lead to both of these numbers.

Number two on our rankings is zero and zero.

In a low scoring affair, you start the game off with the winning score and every time both teams have the same number of touchdowns and field goals, you're back on top.

And that leaves us with the best combination possible, seven and zero which happen to be the two most common numbers in NFL scoring history. Now that we've examined the best numbers to have, let's look at the absolute worst numbers you could possibly have.

It's actually a 13 way tie for last place as these 13 combinations have never appeared as the score at the end of any single quarter in Super Bowl history.

There's a first time for everything, but these scores have been waiting over 50 years for their first time. Here, we've mapped out for you all of the combinations on one grid with numbers in order from zero to nine.

Predictably, you'll notice most of the good activity around the popular numbers of zero, three, seven, and six. Now we'll rearrange these boxes by rank of popularity of single numbers, rather than sequentially.

As you see, virtually all of the scores in Super Bowl history gravitate towards the top and left side of this chart with just a handful of occurrences outside that popular zone.

So what does this mean?

Are just a handful of squares capable of winning prizes in your Super Bowl squares contest?

The answer is increasingly becoming no.This is for a few reasons.

In 2015, the NFL moved the extra point back to the 15-yard line. This has resulted in far more missed attempts which could also change the scoring trajectory.

Finally, the NFL has adopted a series of rules that has teams passing more frequently than ever and scoring more points than ever. More points means wilder possible scores so nothing is really out of the question?even for that dreaded eight eight box.

Feel better about your chances? Get started on your own football squares contest today at https://superbowlpoolsite.com/.

NFL Rookie of the Year Watch