Video Guides and Quick Answers to the most popular questions at SBPS.

SBPS does not automatically post the numbers to the Contest Grid! This is the responsibility of the commissioner of each contest.

For a quick help video on posting your numbers, please click below:

How to Change the Teams in the Top and Left Side

How to Invite Players to Join Your Contest 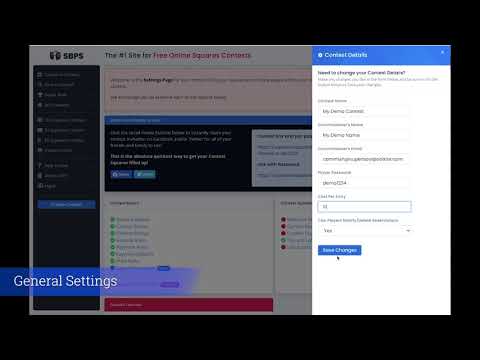 How to Change the Rules and Contest Details 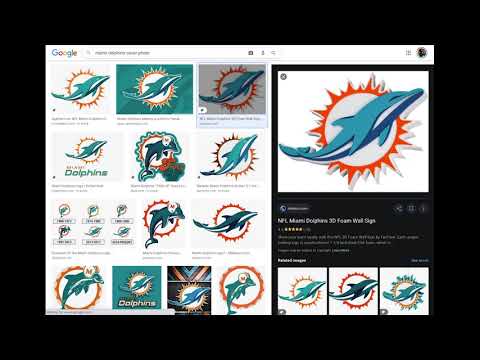 How to Change the Picture and Logo at the Top

How to Add a Player to the Contest

How to Mark Players Who Paid

How to Remove a Player

How to Email Your Players

How to Change the Text in a Box

How to Copy Your Contest to a New Contest 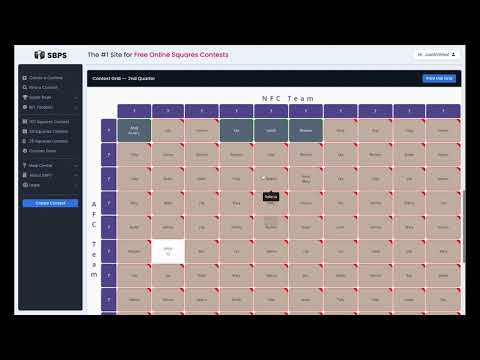 How to Delete Your Contest

This is a very good question, which rests entirely on your shoulders as a commissioner.

The SBPS site is strictly set up as a means of sharing information between commissioner and participants, which is entirely legal virtually everywhere in the free world. SBPS does not engage in any direct collection of money to be used for entry fees, and does not facilitate the direct payment of winnings to players who won prizes.

Simply put, SBPS has absolutely nothing to do with money.

How you choose to use SBPS is entirely up to you. I strongly encourage anyone with concerns to review the applicable gambling laws of your city, state, and country, to determine if running a contest that includes the transfer of money between parties is something in which you wish to participate.

The overwhelming majority of the contests hosted on SBPS are done so to raise money for various charities, including little league sports teams and fundraisers for medical assistance.

Most of those contests simply set aside half of the entry funds to go directly to the cause, leaving the other half for the winners of the contest. That is entirely up to you, as we offer no guidance on any gambling-related matters.

That depends on how fast you type. You could create one in as quickly as 30 seconds.

SBPS contests are free to create and maintain.

Our contests have always been free to create since our inception over 15 years ago, and I don't anticipate changing that.

Once a contest is created, the only thing that cannot be changed is the shape of the grid. This is because any players that have joined or coordinates that have been drawn may not fit in the new configuration, which would cause all kinds of problems.

If you decide that the grid needs to be smaller or larger, you unfortunately should go through the process of creating an entirely new contest. The good news is that contests are free and take seconds to set up.

Unfortunately it sounds like you clicked one of the advertisements that Google picks to show on the webpage and signed up for something that company offers by mistake.  Google basically shows whatever ads it wants to show on the website, unfortunately, and occasionally those advertisements are tricky companies trying to fool people into signing up for things they don't want or need.

SBPS doesn't have any kind of subscription service, and never has.  The only thing we take payment on is contest upgrades for commissioners, but that doesn't sound like what you got tricked into.

I would recommend finding out what that company was (hopefully they sent you a receipt or a confirmation email?) and demand that they cancel whatever service they misrepresented and demand a refund of whatever charge they put on your card.  I would also consider reporting this to your credit card company as a fraudulent charge if they refuse to reverse it.  Most credit card companies are well aware of this kind of deception and they'll typically reverse the charges for you, and investigate through their own channels.

SBPS has nothing to do with the collection of entry fees or the disbursement of prize money. SBPS is a website designed to help organize contests with helpful information-sharing features.

Any financial transactions between commissioners and players must be done outside of our website, and are subject to whatever laws apply in your jurisdiction.

Yes, you can erase the numbers you accidentally posted and return them to question marks (?).

In the same Settings screen where the numbers are randomly or manually populated, there is a 3rd option to Reset the Coordinates to (?). When pressed, this essentially deactivates the existing coordinates.

Posting the numbers to your contest is a manual process that happens precisely when you push the button to do so.

This cannot be scheduled to happen at a certain time, nor does it magically happen when your contest fills up, or the morning of the sporting event.

That's entirely up to you, and how you want to run your contest.

Most people (99.999%) post the numbers after all of the boxes have been sold. This provides the most fairness, and puts all players on the same playing field in terms of luck.

Having said that, you could post the numbers right in the beginning, giving a sort of "first come, first served" approach to square purchases. Although this will eliminate the fairness, and many boxes with poor numbers will likely go unsold.

An added benefit to posting the numbers early is that it helps you sell squares in a second contest, as players who were unlucky and received traditionally bad numbers will be more eager to join a second contest and try for better numbers the second time around. This obviously will help you raise more funds for your cause, or more fun for your friendly contest.

Upgrades are on a per contest level, designed and priced simply to offset the revenue lost by removing digital advertisements.

Because of this model, the upgrade cost is required for each contest created. However, if you intend on doing a large quantity of contests, please contact us to discuss potentially lowering the cost per contest.

If you upgraded a contest and you still see digital advertisements or popups, one of the following probably went wrong.

You may have upgraded the wrong contest by mistake. Please contact us and we will gladly move the upgrade to the appropriate contest.

Your upgrade may have expired. Upgrades last for 90-day periods, so if you upgrade your contest in August, it will likely need to be re-upgraded if you intend to run a Super Bowl contest in February.

You may be confusing internal SBPS stories and tips for advertisements. Upgrades do not eliminate our SBPS content - they are designed to eliminate the dozens of distracting digital advertisements and annoying popups that frequently bombard our users.

If you ever feel uncertain about an upgraded contest, please reach out to us and we will gladly clarify or assist you.

You need to right-click on the image itself within that page, and select "Copy Image Address" from the drop-down. That's the URL we need. It will almost always end in ".JPEG" or ".JPG". If it doesn't end with a file extension, you almost certainly did something wrong.

A less common issue occurs when you attempt to paste an image URL for a private image. Please do not attempt to post images that reside in your Google Drive, or Apple Cloud, or any other protected location that obviously requires a password to access. Those images are not publicly available - which includes access to SBPS pages.

No worries. This is a very simple procedure, which can always be used to add or remove grids from your contest, depending on the needs of your contest.

You only need to click the Action button next to each grid you want to remove, and then click Delete This Grid. When there is only one left, simply rename it to something less confusing, like "My Grid".

No. Once a contest has been created, you may not alter the shape of the contest by adjusting the number of rows and/or columns.

By adjusting the number of rows or columns, you would essentially potentially be relocating squares that players bought into their new home in the smaller or larger contest.

We consider it far too presumptuous that the player who selected a specific square in one shape would be perfectly fine relocated in the newly-shaped contest.

This can be achieved by the commissioner manually adding Offline Players in the new contest, but those players will not be physically linked to a user account. That's the best we can do, rather than have the commissioner move a linked user around the grid.

No. Anyone in possession of the Contest Password can essentially take as many squares as they want.

It is fully up to the commissioner to monitor the squares being reserved and, if necessary, remove a player from the contest and/or change the password.

If you can't find what you're looking for in the guides above, please reach out to us via email at support@superbowlpoolsite.com and we'll get back to you as soon as possible.

Most requests are answered within a few minutes, but please be patient.