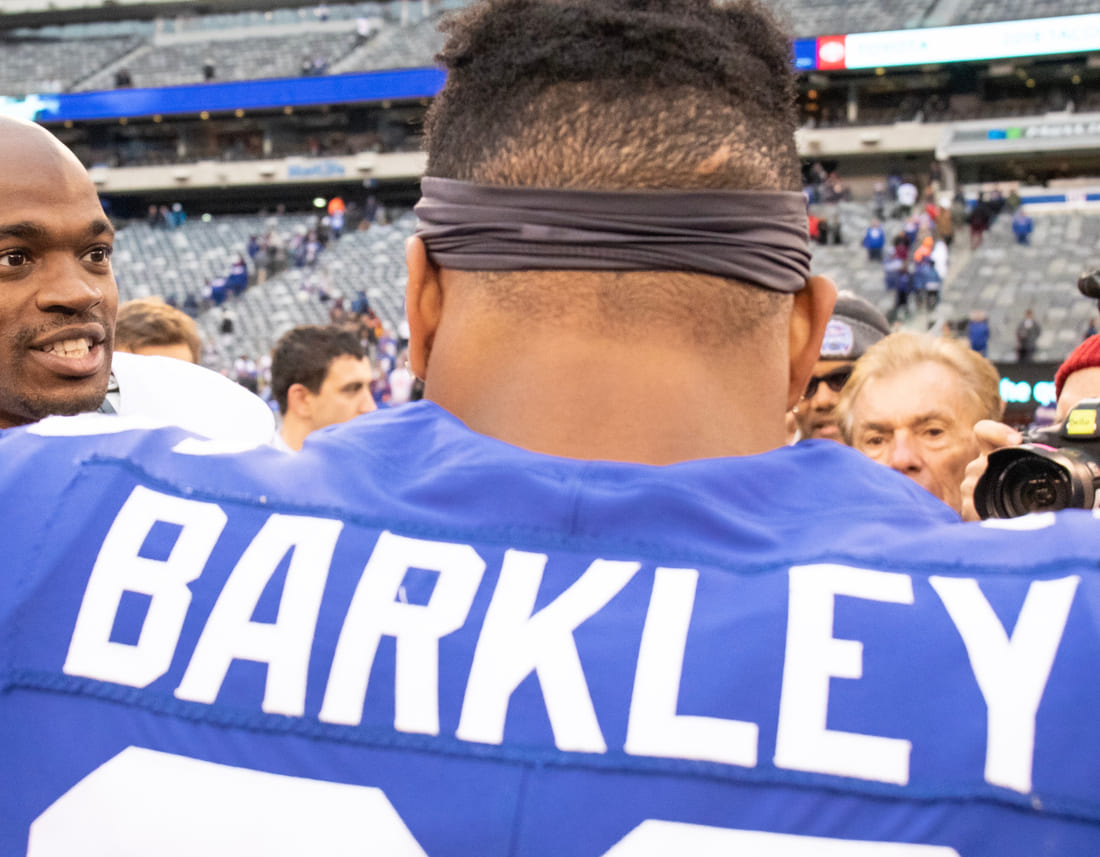 On a 3rd and 18 nearing the end of the first quarter, the Saints had the Giants backed up in their own territory as has become standard for this Giants team. However, that was until the Giants sprung to life when quarterback Daniel Jones found Rookie Kadarius Toney (he does exist after all) for a 17 and a half yard gain. The giants would pickup the first down on the subsequent play and ultimately ride the Jones/Toney combo to their first win of the season picking up a 27-21 overtime win.

It was everything the previously 0-3 Giants had been waiting for all season: Former First Round Pick Kadarius Toney showed his electricity and potential in the open field. Additionally, Saquon Barkley, who scored the game winning 6-yard touchdown in overtime looked as though he had overcome his series of major injury setbacks.

Watch the Giants big 3rd and 18 play below.

Justin Fields Gets On Track

Though he got a little bit of help from his defense, the first round selection out of Ohio State, quarterback Justin Fields, was able to get the Bears back to 2-2 with a 24-14 defeat of the Detroit Lions. The game, however, was a costly one for the Bears as they lost star Running Back David Montgomery who is expected to miss at least four to five weeks.

Tyreek Hill exploded for 11 Receptions, 186 years and 3 Touchdowns as the Kansas City Chiefs exploded for 42 points over the Philadelphia Eagles in week 4. The Eagles however put up quite a fight tallying 30 points on the back of 387 passing yeards (2 TDs) from first year starter Jalen Hurts. The Chiefs will have their hands full in week 5 when they take on the Buffalo Bills.

Tom Brady continued to take it to his former team in the primetime game Sunday night however it wasn't easy. Without Tight End Rob Gronkowski and under rainy conditions in Foxborough, Tampa squealed by the Patriots 19-17. The Patriots rookie Quarterback, who has perhaps looked the best of the rookies so far, was impressive. Throwing for 275 yeards (on 31 of 40 attempts) and 2 touchdowns with no interceptions, the Tom Brady comparisons, though, premature, may have some credibility.

The Patriots should be in line to move to 4-1 when they play cross-state rival Miami on Sunday at 1:00 p.m. The Dolphins have been somewhat competitive with veteran Jacoby Brissett taking over the oft injured Tua Tagovailoa.

Though Oakland was out to a surprising 3-1 start which included a shocking upset of the Ravens in primetime, the Chargers handled them. Racing out to a 21-0 halftime lead, the Chargers were able to put down a second half surge by the Oakland Raiders and Derek Carr to win the game 28-14. A rare slow passing game these days for the Chargers, nevertheless resulted in Herbert compiling 3 more touchdowns who is having an MVP caliber year after the first quarter of the season.