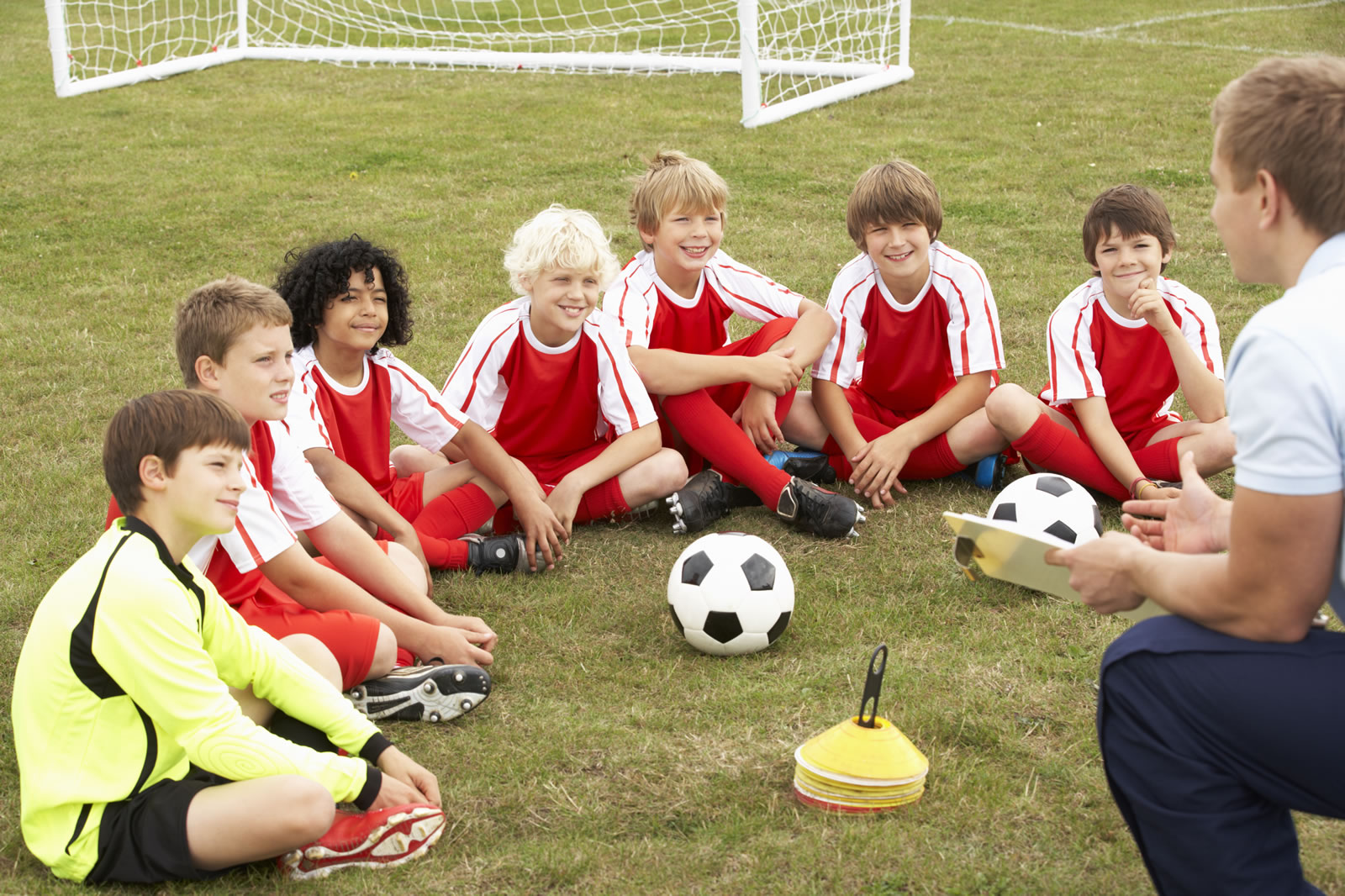 Looking for a fun way to have a fundraiser for your team, squad or charity? Have a squares contest!

Little League, as well as High School, teams and squads from all across the United States have utilized the Super Bowl Pool Site for their fundraising needs. Fundraisers typically charge a set amount per square and the parents can reserve as many boxes as they want (but keep in mind there?s only 100 squares).

Unlike fantasy football or other contests, Squares Contests don?t require participants to bring any knowledge or strategy to the table. Not only does everyone have a chance to win but there?s virtually no chance of tampering or collusion by the tournament?s creator. The numbers are randomly drawn and locked after the game has started. Therefore the commissioner cannot force their squares (if they are playing themselves) to be the one that gets the numbers with the best chance of winning.

So how does it work?

The rules are simple and easy to understand. Everybody gets a square that represents the score at the end of each quarter, half and game. In the below example, let?s say 3-0 represents the winner at the end of the first quarter of the Super Bowl. In this example, the winner for the first quarter would be Rob because he had the box corresponding to the winning score. Where the Eagles scored 3 points and the Patriots scored 0. 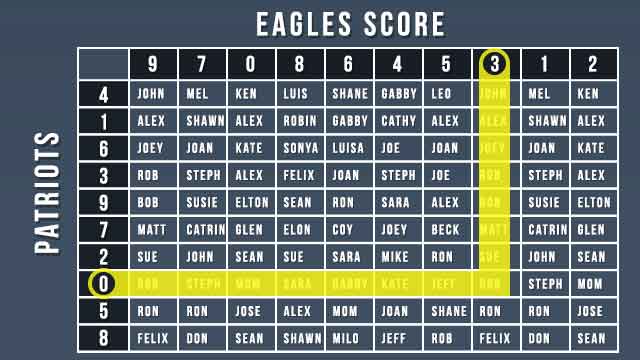 The beauty is that each participant has multiple chances to win because not only will each quarter, typically, have a different score but the SuperBowlPoolSite allows for unique numbers to be randomly drawn for each quarter. Therefore if one participant got a terrible number (such as 5) for the first quarter, then they could have a fresh start in future quarters. Thus bringing up the question how does scoring and payment work? Also, why is this such an effective fundraiser tool for charities and sports teams?

Due to the fact that there are up to 100 squares in a 10 x 10 contest, up to 100 squares can be sold for any given contest. At $20/square, for example, with half of the money going towards the winners, a fundraiser can make $1,000 on one game! Below is a graphic that illustrates how this would work but we?ll go into some detail below the graphic. 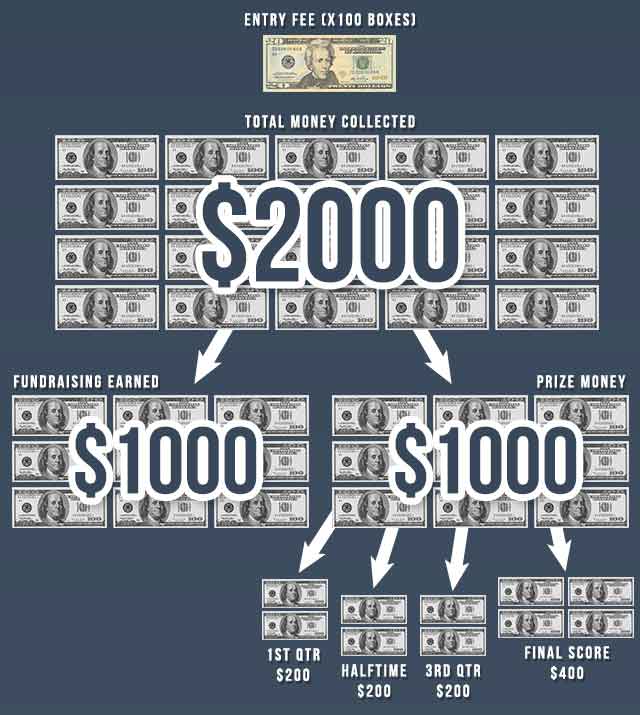 Though you can do structure the payment system however you like, a popular formula is like this:

However something that is important to note, though we have tools to help facilitate payment (commissioners can indicate how they wish to be paid), we at the SuperBowlPoolSite will NEVER ask for money (nor do we have credit card processors to even facilitate the transaction). Therefore commissioners will have to handle the accepting of payment for themselves and please be sure to communicate that with their users.

How To Make An Ad Free Squares Contest